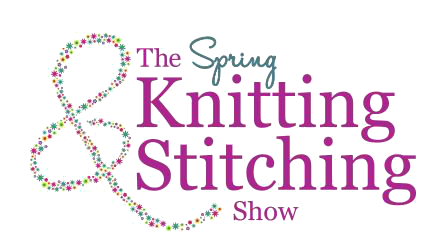 #CraftBlogClub have a special ticket giveaway! We are SUPER excited to be able to offer 3 pairs of tickets for the Knitting and Stitching Spring Show at Olympia London. The tickets are valid to the show on Thursday 3rd, Friday 4th or Sunday 6th March 2016. This years show is described as ‘The definitive event for anyone with a love of stitch and crafts’.

There are two ways you can enter the Knitting & Stitching Spring Show ticket giveaway. Each of the below will be counted as one entry so do both and you will be entered twice!


​Terms and Conditions The giveaway is open to UK entrants only. The tickets are NOT valid for entry to the show on Saturday 5th March, but are valid for Thursday 3rd, Friday 4th and Sunday 5th March.  Deadline for entries is 2nd February at 8pm. The 3 lucky winners will be picked at random using random.org and announced at 9pm on 2nd February 2016. We will make contact with the lucky winners via Twitter and Facebook. This competition is for a pair of tickets ONLY.

Last weekend I went to see the Lumiere London Light Festival.  It was the first time London has done anything like this and it was amazing! The event has been held in Durham every other year by the same organisers since 2009.

I went with the hubby on the Saturday night which was the busiest night of the four, as you can imagine, so we couldn't see the installations that were at a low level because of the crowds.  However, it was good to see so many people of all ages enjoying the art and the city.

Unfortunately we didn't see all of the installations because there were so many spread out across London, but we saw most of them around Trafalgar Square, Piccadilly, Leicester Square, St.James, Regent Street and Oxford Circus. It was a bit like a treasure hunt which brought out the kid in me and I walked a lot, my pedometer tracked 22,897 steps! 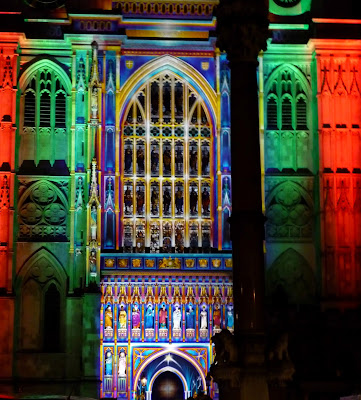 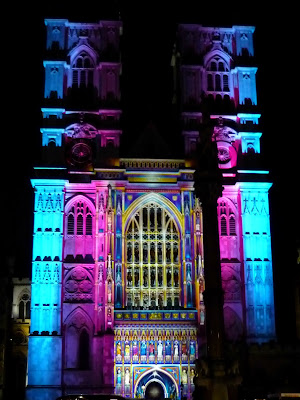 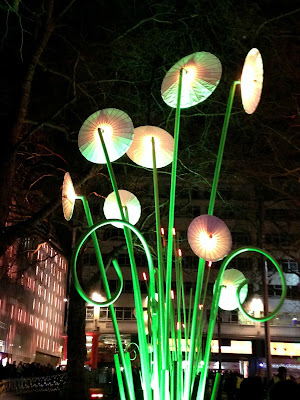 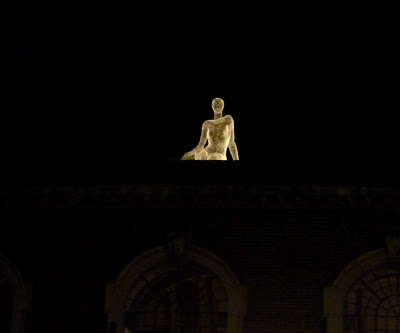 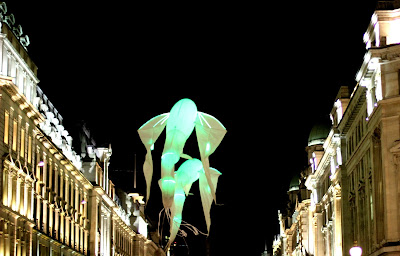 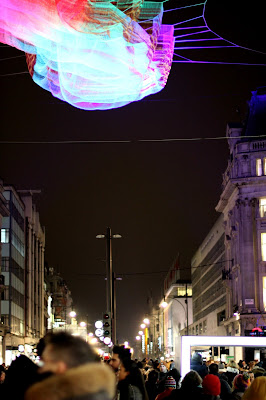 I do hope they do this again in London, I loved it. I would have to plan my trip over two nights instead of trying to do it all in one night.

We're only a few weeks into January and if you're one of the 1 in 3 who have ditched their New Year resolutions, its not too late to plan and make 2016 your best year. 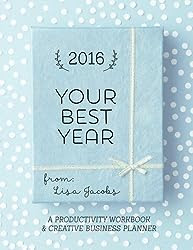 Well, it is more of a workbook and really gets you thinking about your business as well as yourself, taking a holistic approach to setting and achieving your goals. I've had some a-ha moments that have made me think about my approach to not just my business but all areas of my life.

I like how the book is laid out and Lisa is practical and comes across as being very enthusiastic. She runs a successful jewellery business alongside her consultancy for marketing entrepreneurs and she practices what she preaches.

It is a book that should be used throughout the year as it encourages regular appraisals. I like the 3 month and mid year review and the looking forward and back each month as it keeps you focussed on your goals throughout the year.  I will have to ensure I do this and not put the book back on the shelf to be forgotten about until I plan 2017!

The only disappointment is the lack of explanation for using some of the worksheets in the "Do" section,  I referred to her blog as a reference for some of it but I would have found it useful to have some guidance to help me complete it.

Lisa's blog is worth checking out, at the end of last year she went through some of the exercises which helped me and there are a lot of helpful marketing tips for a creative business.

It is a useful approach and a template I shall use again in 2017. Overall it is a valuable resource and if you run a creative business I would recommend it.

Have you used this or another resource to plan your goals in 2016? I'd love to hear about your plans and how you are making them happen.

Disclaimer: The Amazon links in this post are affiliated. 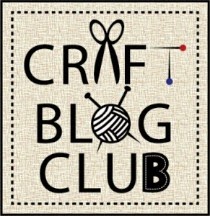 It's time for our first #CraftBlogClub challenge of 2016!

The challenge is.... "Crafty Resolutions".

Following our chat last week about our New Year's resolutions, and the popularity of last year's challenge, we thought it would be perfect to start 2016 challenging you to learn a new craft or technique.

Whatever craft you want to learn this challenge is hopefully the motivation to get you started.  Alternatively, you may have received a new craft tool/machine for Christmas that you still need to take out the box, it's time to get it out and give it a go!

As it is a new craft/technique and the thought of having to complete a project may be terrifying. Don't worry, the whole point of the challenge is to have fun learning a new skill and if you don't have a completed project we still want to see your work in progress.

Anyone can join in the challenge, don't worry If you've never joined a #CraftBlogClub chat before, anyone who wants to try a new craft are welcome!

Psst.... If you don't know what #CraftBlogClub is and you like the sound of this challenge, we'd love you to join in and you can find out more here.
Posted by Fiona (fizzi~jayne) at 18:00 4 comments:

I have been so busy planning 2016 that I hadn't looked back on 2015 until I started to read Your Best Year 2016: Productivity Workbook and Creative Business Planner

It's so important to look back and review what has worked and areas for improvement.  My 2016 plans haven't changed since doing this exercise but the book has helped me plan the tactics and behaviours that I need to change in order to succeed.

I'll review this book properly next week, but in summary it's a must read for any creative business, it has made me take a step back and look at what my successes, challenges and happy memories were. I thought I would share some of these with you..... 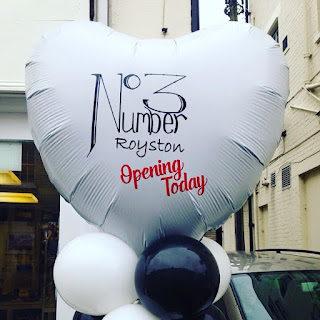 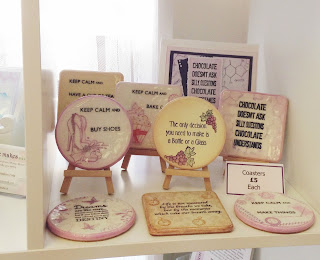 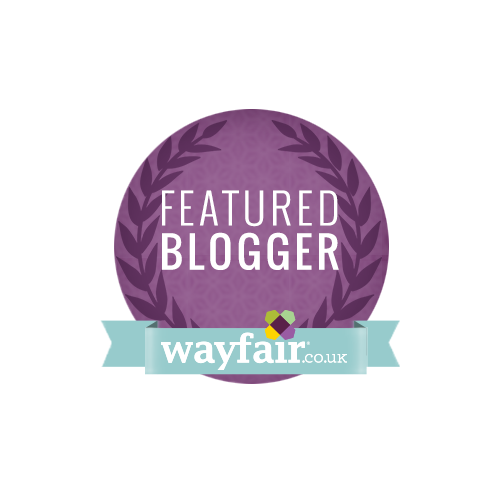 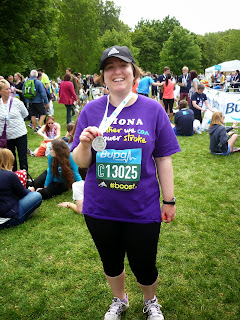 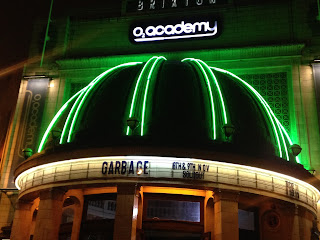 That I can't do everything! I spread myself too thinly and put too much pressure on myself when I don't manage to do everything I set out to do.  Last year I booked more craft fairs than the previous year, had a range in No3 Royston and took on lots of custom orders! This year I will be doing fewer craft fairs and limiting the number of custom orders I take on, I am not good at saying "no" so this may be a challenge.  I am taking these steps so I can grow my business as well as look after myself.  I don't want to be working through the night and work every weekend because I've taken on too much, it's not good for my well being.  As I write this on a Sunday afternoon after a work free weekend, I feel recharged and ready to take on the week, which will hopefully mean a more productive week!

I have also learnt it is important to celebrate successes, no matter how small and learn from your mistakes but without beating yourself up!

Disclaimer: The Amazon links in this post are affiliated.
Posted by Fiona (fizzi~jayne) at 08:00 4 comments: 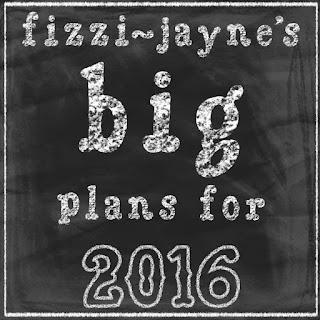 2015 was a great year that flew by! Last year was another busy learning curve and I feel really positive about the goals I have for this year. I plan to take steps for it to be a great year for my business as well as myself....

My business
This blog
Personal
So they are my plans for a creative, healthy and happy 2016!
Have you any new year goals? I'd love to hear about them and we can encourage each another. If you have blogged about them leave me a link in the comments, I'd love to read them.

Happy New Year! I hope you had a great festive break and 2016 has started well for you.

My first post of 2016 is another #CraftBlogClub challenge reveal....

#CraftBlogClub organised a Secret Santa, it's the third one I've taken part in and it's my favourite challenge of the year. Each year names are picked at random for us to make a gift for another participant.

As soon as I received my parcel I had to open it, I couldn't wait until Christmas day!  Gill from The Little Soap Kitchen sent me gorgeous smelling handmade soaps. The box smelled amazing even before I unwrapped the beautiful box the soaps were wrapped in.... 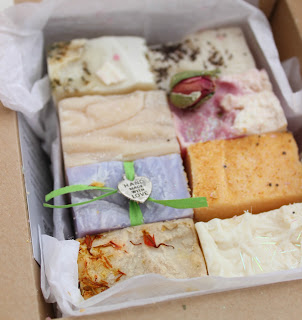 I've started using them and they are gorgeous! You can tell they are made with love and they aren't harsh on my hands that tend to get dry easily, I'm impressed with how soft and smooth my hands are, thank you Gill!

My Secret Santa was for Sue from The World of Suzy Homemaker. When I did my research, I found she was a fellow Bon Jovi fan! I was very excited by this so I made her a coaster with this in mind....


I've been making and selling a lot of my beaded snowflakes which are fun to make so I also sent Sue one of these.... 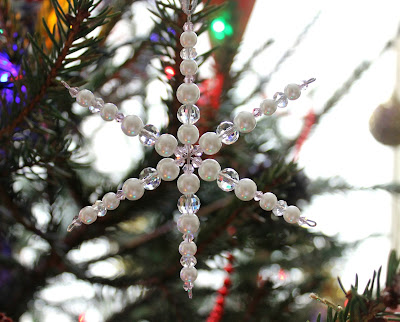 I also made this card which you might recognise from this tutorial.... 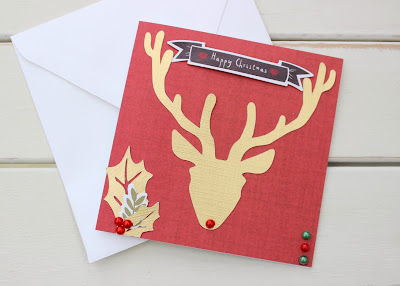 I made a box in Kraft card using my Silhouette Cameo to fit Sue's gifts and added a pom-pom. I made pom-poms for all my gifts this year using sparkly red yarn, they are fun to make and I think they look fab on a gift.  I've also added pom-poms to my tree this year as well. There has been a lot of pom-pom love this festive season!

Have you joined in with the #CraftBlogClub Secret Santa? I can't wait to see what everyone has made during our first chat of 2016! 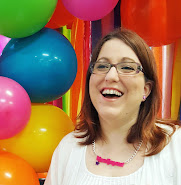 I'm Fiona (aka fizzi~jayne). Welcome to my crafty blog. I love to make things and doodle. I drink too much coffee, eat too much chocolate and I'm the face behind fizzi~jayne makes.... Grab a cuppa and have a look around....

Supporter of Just a Card